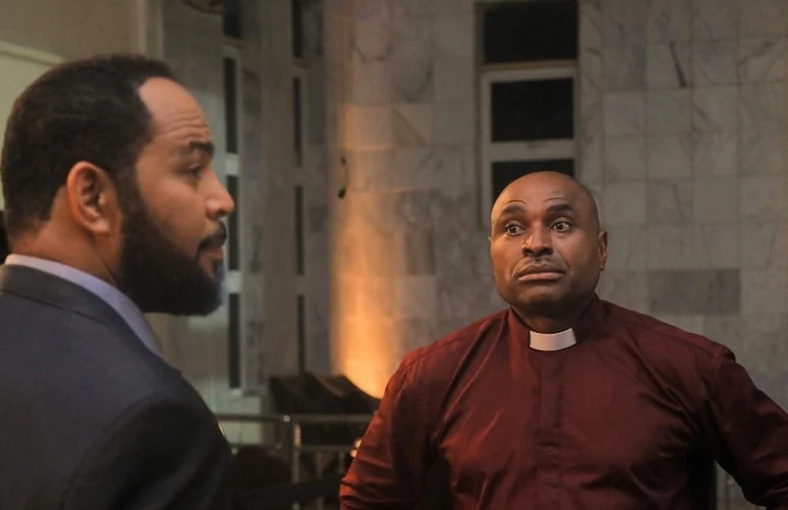 Ramsey Nouah’s ‘Living in Bondage Breaking Free’ is agreeably one of the best Nollywood movies to ever be made.

Top on the movie trends this May is Ramsey Nouah’s directorial debut, ‘Living in Bondage Breaking Free’.

After earning a spot as one of the highest-grossing Nollywood movies of 2019, the thriller took over Netflix in grand style on May 22, 2020.

The movie has Nnamdi Okeke ( Jide Kene Achufusi) at the top of its riveting story that explores a believable continuation of the 1992 classic. If you still can’t get over the screenplay, here are five memorable moments that will definitely prompt a rewatch:

The quality of Living in Bondage’s actors is one reason the movie is an easy favorite. Jide Kene Achufusi’s performance is refreshingly honest and unassuming. Throw in the love story between the Kelly and Nnamdi and you have a chemical explosion that will tug at all the imaginary strings on your heart.

Kelly and Nnamdi meet at Obinna’s traditional wedding ceremony and the pair hit it off as they banter over music, cars and the Igbo language. It’s a match made right in Igbo heaven!

While the movie struggles to efficiently deliver on its thriller promise, Obinna’s untold story was a mild tribute to Nollywood’s blood rituals and ghosts themed thrillers.

The opening scene in black and white sets a familiar eerie feeling expected from thrillers. It features Enyinna Nwigwe‘s Obinna character driving in the dead of the night to slaughter his daughter as she innocently sings an Igbo lullaby.

Months before the release of the new ‘Living in Bondage’, its producers dropped a teaser BTS image of the initiation scene. Certainly unlike nothing Nollywood is used to, the photo made its mark judging by reactions. It turns out the scene is just as exciting with its hooded extras.

Agreeably one of the climatic scenes in LIB, this is the scene that will have the older generation clamouring for the agents of darkness to be defeated. Richard Williams (Ramsey Nouah) pays Andy Okeke (Kenneth Okonkwo) a visit in church and they both trade verses from the bible. It is the audience’ first glimpse of the dark powers wielded by Williams.

5. Nnamdi holds a knife over Tobe

This scene holds a spellbinding force over the LIB audience. Dotting cousin Tobe (Shawn Faqua) pays Nnamdi a visit after failed attempts to reach him.

After a few minutes of proffering naive solutions, Tobe wakes up to find a possessed Nnamdi holding a knife over him. For Tobe, his life is on the line but for the audience, the story could take a predictable end or not.