Heroic health workers fight to contain an Ebola outbreak when a patient arrives Lagos with symptoms of the deadly virus.

Synopsis: When Patrick Sawyer, a Liberian-American collapses upon arrival at the Murtala Mohammed International airport in Lagos, Nigeria. he is taken to Fiest Consultants Hospital, where he is admitted with fever like symptoms. Against his denial of contact with any Ebola victim in Liberia, the team at First Consultants, led by doctor Stella Ameyo Adadevoh, quickly deduce that there is more to his case than malaria. Suddenly they are in a race against time to contain a very deadly disease from breaking out and spreading in a mega city with a population of over 20 million people and beginning what could be the deadliest disease outbreak the world has ever known.

BASED ON : Ebola virus disease in Nigeria

Courage Obayuwana is a young Nigerian filmmaker and a professional colorist. His passion for storytelling led him to create several short films, documentaries, commercials, wedding and music videos.

His drive for excellence is motivated by his desire to create stories that do not pride only in stunning visuals but contain elements that touch lives by relating with audiences across board at personal levels. 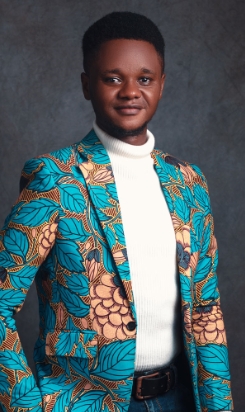 Bola ‘Enigma’ Akanbi is a graduate of Theatre Arts from the University of Lagos.
He is the writer, producer and director of “THORN” which was awarded the Best Short Film at the Africa Magic Viewers Choice Awards (AMVCA) in 2020 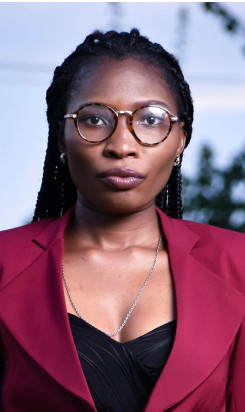 Binwana is a story teller who identifies as a film maker and function in the  areas of producing and directing. She has a Bachelor of arts major in  performing arts and is a fellow of the Film for Impact Fellowship, Nigeria  ( FIFF). An emerging director who has directed films such as ‘U get out’, a  short film on gender based violence, ‘Untold’, a documentary on  accountability and ‘Be responsible’, a short documentary on environmental  protection.

Binwana cares about social impact stories and is passionate about behavioral  change communication. She lives in Abuja city of Nigeria. 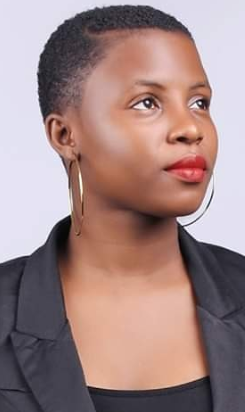 Wingonia Ikpi is a Nigerian film director, scriptwriter and producer. Her films are characterized by complex characters, dark elements, aesthetic violence and finding a balance in the human condition. Wingonia Ikpi also has firsthand experience contributing to popular television shows like Tinsel and Halita. In 2019, she took the role of a facilitator for a scriptwriting class at the  Nigerian government’s N-Power program. In 2017, she wrote ‘Eno’s Demons’, a short advocacy film which won the ‘Best African Film Award’ at the Amazing Shorts Film Festival in Madrid, Spain.
Her recently concluded directorial debut, OTANA, is a horror film which she screenwrote, directed and produced. OTANA was selected for AMAA (African Movies Academy Awards), The Liftoff Sessions and First Time Filmmaker Sessions.
Wingonia appreciates visual storytelling and great music. 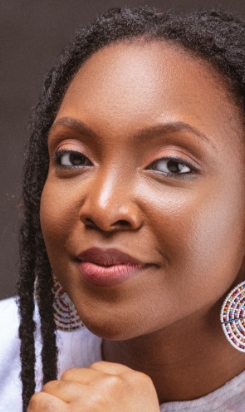 Driven by a passion to create narratives that inspire change, Toluwani Obayan has found creative expression through writing, directing, and editing as seen in projects like her short film “Heart & Might” dedicated to Nigeria’s fallen heroes, “This Lady Called Life” a 2020 film directed by Kayode Kasum for which she received the Best of Nollywood 2020 Award for Best Screenplay, “Explore the World With Tindel” for which she and the team received the ITFF Africa 2019 award for Best African Film in the documentaries section. She has also found creative expression through her published academic article “Audience Perception of Nollywood’s Recurrent Themes as Agents of Socio-cultural Development”, narrative articles such as “The Tale of a Disgruntled Pair of Nigerian Flip Flops” (a satirical protest against child abuse), and her book “Becoming a Spectacular Woman” (2017). 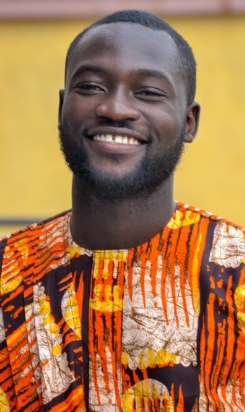 Seun Richards is a graduate of the creative arts department of University of Lagos, where he served as the Faculty President of the Faculty of Arts Students Association. He is a film enthusiast with two (2) short films to his name. His first being “WALLPOWER”. which premiered at the Africa International Film Festival 2018, under the Accelerate Filmmaker Project.
His second film “SEE YOU SOON” (yet to be released) was made in collaboration with Ford Foundation and 567 entertainment.
Seun Richards has also been a part monumental stage productions like “Efunsetan Aniwura”, “Oba Esugnayi”. “Gandhi The Musical”, “Emotan” and the evergreen classic “Mamma Mia”. 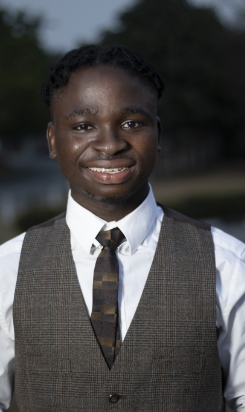 Sebastian Ukwa is a young filmmaker with burning passion for filmmaking and apt focus on real stories that reflects real human situations. He has commendable knowledge and skilled in various facets of filmmaking. His specialty includes: directing, concept development for films and documentaries, scripting, film editing and colour grading. He has consistently delivered short films and documentaries which capture audience interest.
He is currently pursuing a Bachelor of Art degree in Theatre, Film and Carnival Studies at the University of Calabar, Calabar Nigeria. 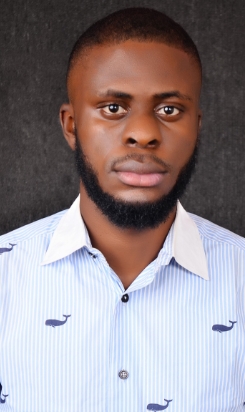 Prosper Edesiri Arhawho is a Film Maker from Delta State, Nigeria but currently based in Abuja. He earned a bachelor degree in Mass communication at Delta State University, Abraka, in 2017 where he took film as an elective course. He then proceeded to Plateau state for a one year compulsory National Youth Service Corps (NYSC) in 2018 where he made a three episode series addressing lives of corpers in Jos that premiered 10th March 2019. He also holds a certificate in filmmaking from the High Definition Film Academy, Abuja, where he was recognized on several occasions as the best directing, cinematography and editing student. So far, he has made six short films including TAMUNO (a film on oil bunkering) which is currently in post-production. 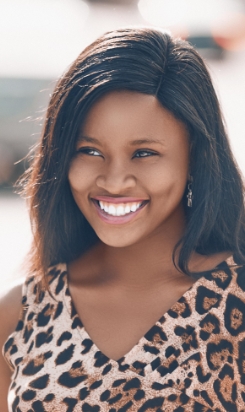 Nifemi Ogunlola, born in April 7, 1995, is a Nigerian film director, producer and screenwriter.
She was born in Ekiti State and later moved to Lagos after her university days where she started her film making career with writing and directing YouTube skits and a few short films. Some of her popular projects include Naked, Dear Max, O Wrong and her upcoming web series, The Support Group. 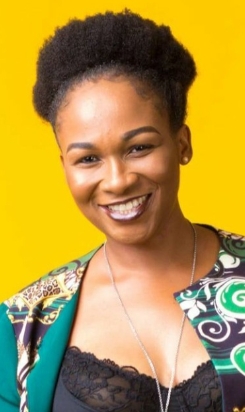 Kesiena C. Obue is a young female Nigerian Playwright, Director and filmmaker. She holds a Bachelor’s degree in Microbiology, a Diploma in Film and Postgraduate degree in theater Arts, from the renown University of Ibadan. She has written commissioned works for IROKO TV, Africa Magic and Netflix Nigeria.
She has also Written, Directed and Produced three short films, plus some other works for Independent feature and documentary film projects. She has three full length plays –  “Scepter of Grace” “Ivie” and “Hey Brother” also notably writing, directing and producing the critically acclaimed play Hertitude also under review for publication. She has also written successful musicals like Wakaa the Musical, Fela and the Kalakuta Queens and Queen Moremi the Musical.

She has worked on projects of varying sizes and imports in all areas of arts and culture, including the celebration of the state of Lagos ‘Lagos @ 50’ and the feature film Bling Lagos directed by Bolanle Austen Peters. She has a rising reputation as a prolific writer, auteur and critic.  Kesiena is a synergy of talent, good training and a resonant, inclusive worldview. Her voice as a woman and an artist is essential and fully representative of contemporary Nigerian life.
She is poised to tap these for societal growth and development, navigating the complex, global cross-cultural challenges of our 21st century, where Africa is set to play a defining role.

Kesiena’s theatrical and film credits include writing scripts, directing, liaising with artists and other producers, budgeting and coordinating several other artistic and production responsibilities. 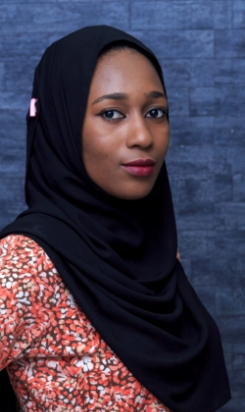 Korede Azeez is a content producer and filmmaker with experience directing and photographing short films since 2019. She worked in the Technical Production unit at BBC Media Action Abuja where she was a sound recordist, editor, writer, and camera operator. Enthusiastic about storytelling, Korede has worked both in front of the camera and behind the scenes in radio and TV broadcasting. She is passionate about telling authentic African stories and believes in the power of cinema as an agent of change.