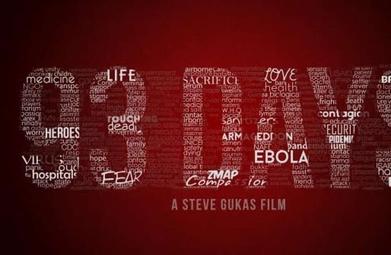 I always wondered why 93 Days went out of the cinemas so fast. This is a movie about one of the most important moments in Nigeria’s history and about some of the greatest people our country has ever known – Dr Stella Ameyo Adadevoh and the brave folks at First Consultant Hospital (FCH), Obalende, the same people who helped make sure that the Ebola virus did not wreck more havoc than it did. How could a movie so important fade out so quickly? Was it poorly made? Why wasn’t there more publicity around it? Why didn’t more people talk about it? These were some of the questions that bothered me. I wasn’t able to see it while it was showing in cinemas, it disappeared too quickly, and every attempt to find it since then have been in vain. However, during a recent flight to New York, while scrolling through the movie selection, I stumbled on it and seized the opportunity to watch it. It is a great movie. And not just that, it is one of the most important movies ever made.

Directed by Steve Gukas and produced by Bolanle Austen-Peters, Dotun Olakunri and Pemon Rami, 93 Days chronicles Lagos state’s fight against the Ebola virus in 2014 through the eyes of multiple characters, each given enough screen time for us to be well aware of the weight of sacrifices that went into conquering the killer disease. Ebola killed eight people out of 20 cases, four of the eight were staff of First Consultant Hospital, where the index case was hosted — Patrick Sawyer, the Liberian-American diplomat who flew into Lagos from Liberia and fell ill on arrival at the airport.

Nigeria was declared Ebola-free on October 20, 2014 to global applause. The World Health Organisation called it a “spectacular success story,” and rightly so. For the first time in a long time, Nigeria was faced with a challenge that could have easily torn her apart, but she faced it squarely and defeated it, thanks to the efforts of some of the people featured in 93 Days. Nigeria has since moved on from that episode, battling through a historic 2015 General Elections and a slew of dramatic events that have made many to question their choice at the polls. However, the story of how Nigeria defeated Ebola must not get lost in all the noise. Very few people know exactly how the virus was defeated, and very few people know exactly what the victory cost. This is why 93 Days is one of the most important movies ever made.

Preserving a memory that must never be forgotten

“Never has our country faced a crisis like this,” Dr Benjamin Ohiaeri (played by Danny Glover) says in the movie’s closing monologue at the memorial service of the deceased staff of FCH, “Never have our people, and our nation, risen to a challenge like we did last month. And never have we paid a higher price… The memory of all the people who died will never fade, not as long as there is a Nigeria to remember them.”

93 Days is a moving film, the type to draw tears from your eyes, and it is necessarily so. For how else can you make people feel the pain that was felt during a crisis of that magnitude? How else do you get them to feel the pains of the people who gave their lives to protect that of others?

Nigerians are often quick to forget grave events, perhaps it is a coping mechanism, because there are just too many sad things happening at the same time. But some things must never be forgotten. The Ebola crisis is one of them. It was a crisis that showed just how strong our country could be if we decided to fight against something together, and it showed just how valuable the sacrifice of a few could be to the majority. In a country where a snake swallows millions of naira and a monkey runs away with 70 million Naira, where truth is stranger than fiction and the politics is great source material for a comedy show, the people need to be constantly reminded that they are not powerless and to be reminded just how formidable they can be if they decided to stand up to the demons that beset them.

Apart from its political and cultural implications, 93 Days is one of Nollywood’s few examples of cinematic excellence, a movie that other filmmakers can look at and aspire to, one that all Nigerians can proudly refer to. It takes a subject so delicate and complex and executes it perfectly. From the acting, to the cinematography, music and plot, it has all the elements of a great movie by any standard.

Bimbo Akintola delivers a riveting performance as Dr Stella Ameyo Adadevoh, as do Somkele Idhalama, whose performance as Dr Ada Igonoh is Oscar-worthy, Keppy Ekpenyong as Patrick Sawyer, and Alastair Mackenzie as Dr David Brett-Major. Even Kayode Olaiya’s brief cameo as a taxi driver is excellent comic relief that neither feels forced nor out of place.

You will not find the basic filming errors that plague many Nollywood movies in 93 Days. The camera angles are efficient and there are hardly any wasted shots. There are no continuity errors and the dialogues are believable, serving their primary purpose of driving the plot forward.

Tunde Jegede provides music that amplifies the emotions in each scene, doing well to utilise silence to great effect when it is needed. The production team’s decision to stay true to location, using the same hospital and treatment centres that were used in real life, contribute to the gravitas of the movie.

For whatever reason, 93 Days did not get the recognition it deserves, but it is not too late. It should get more push than it initially did – a first step towards that could be a decision to bring it back to the cinemas and more regularly on national television, another step could be getting it into as many conversations about great filmmaking as possible, because this movie is nothing short of great.